There are so many opportunities that the winter season offers to motorists, like the famous winter roads that replace the hardly passable mud paths and the lake with a depth of 1500 km.  BaikalNature invites you to take advantage of these opportunities and would like to present to you a new exclusive tour - off-road expedition around lake Baikal. 10 unforgettable days of adventure, during which you will take a ride around the lake and also pass more than 400 km by ice.

bathe in thermal hot springs where the temperature of water reaches 50 degrees,

spend a night in a true fisherman's yurt on the ice,

travel to the largest peninsula on lake Baikal,

enjoy the unforgettable views of giant ice hummocks (up to 5x meters in height),

visit the village of Old Believers - Tarbagatay and the center of Buddhism in Russia – datsan of Ivolginsk. And if luck is on your side, you will get a chance to see the nerpas – famous lake Baikal endemic seals.

During the tour you will also visit 2 capitals of Baikal region - Irkutsk and Ulan-Ude, and travel along the longest railway lines in the world - the Baikal–Amur Mainline and Trans-Siberian.

The full length of the Trans-Siberian railway is more than 9200 km and we will join this great route for a short but its most picturesque segment - from Ulan-Ude to Irkutsk, part of which runs along the shore of lake Baikal.

As for the trip along the Baikal-Amur Mainline, running for more than 4,200 km, here we will compete in the speed with trains going for 135 km from Ulkan to Severobaikalsk.

Baikal-Amur Mainline runs north of and parallel to the Trans-Siberian railway departing from it at Tayshet. Its construction began in 1938 and was carried out mainly by prisoners of correctional camps and later by volunteers.

N.B. The tour is an expedition.The itinerary can be changed for ensuring security of the group keeping all excursions. 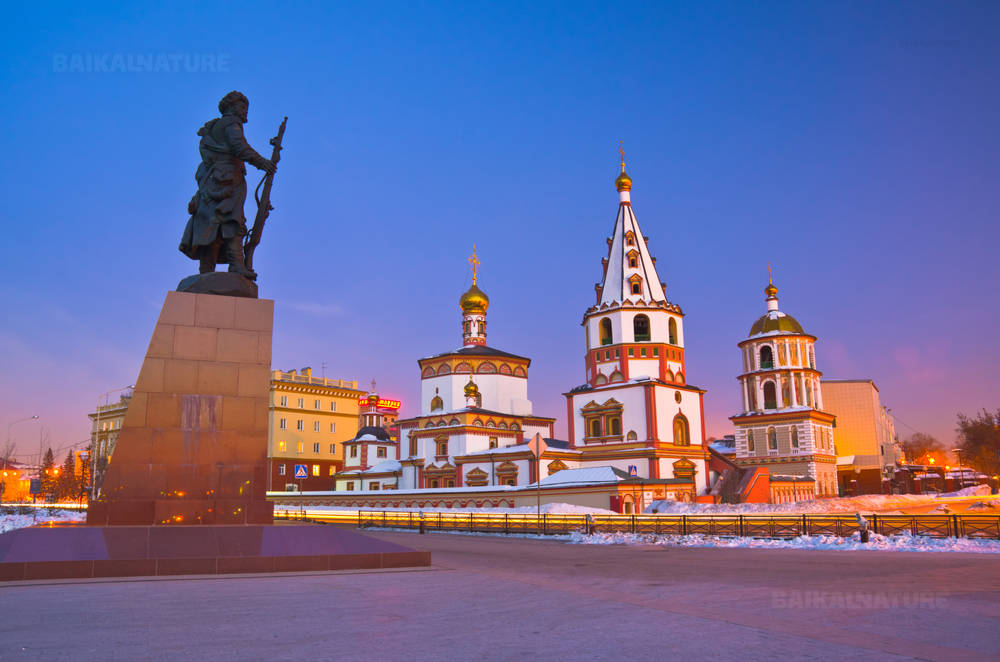 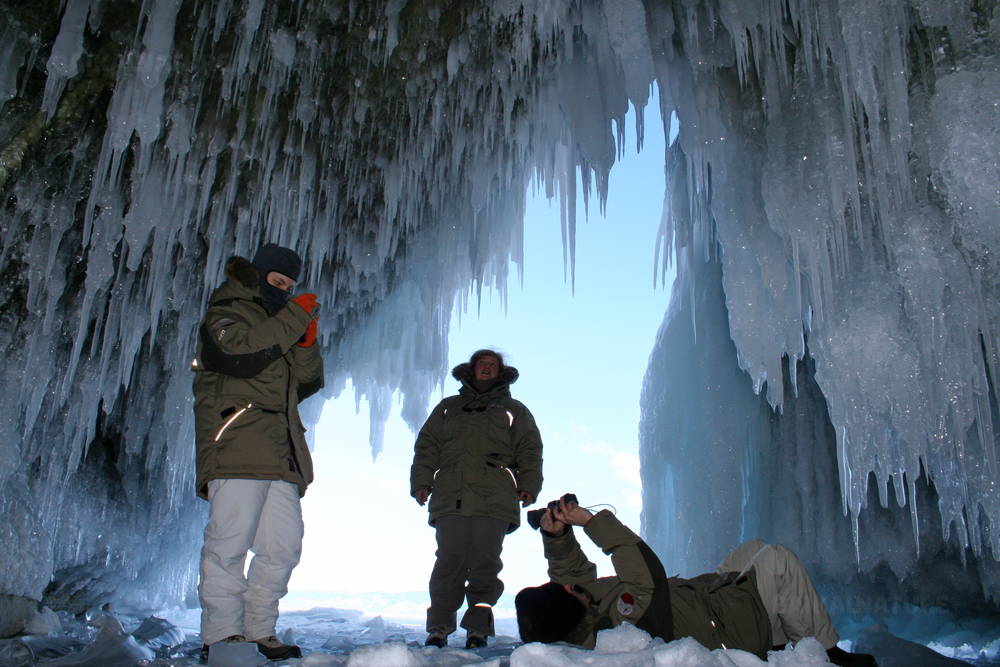 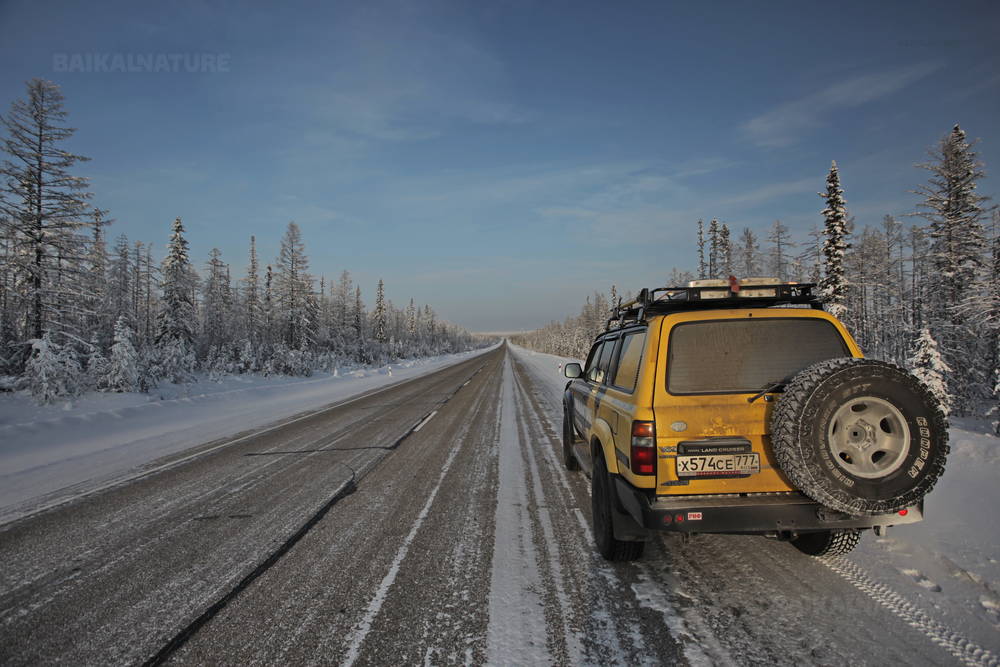 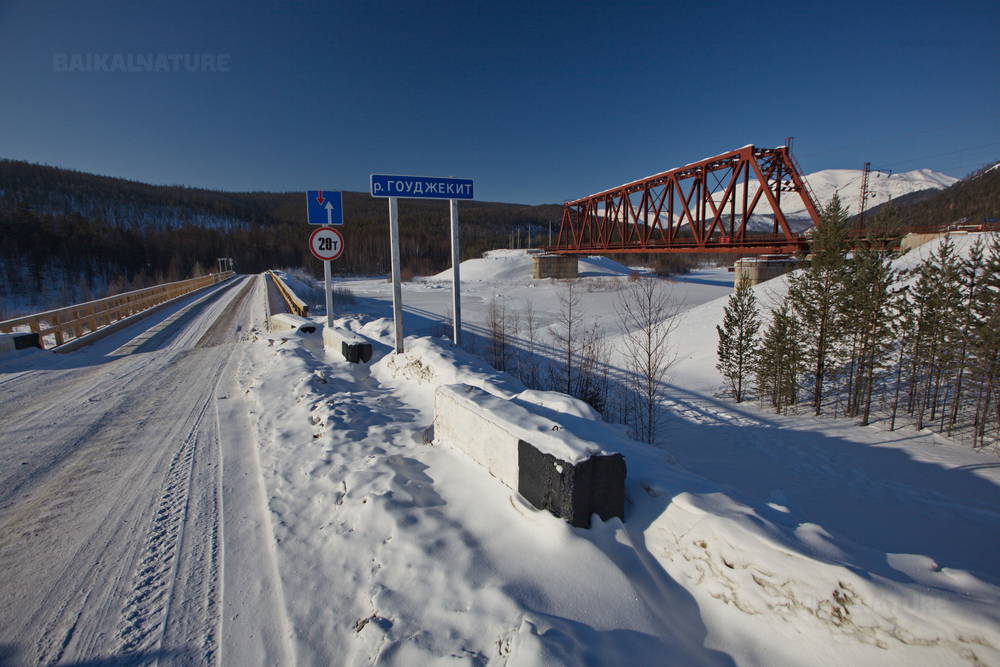 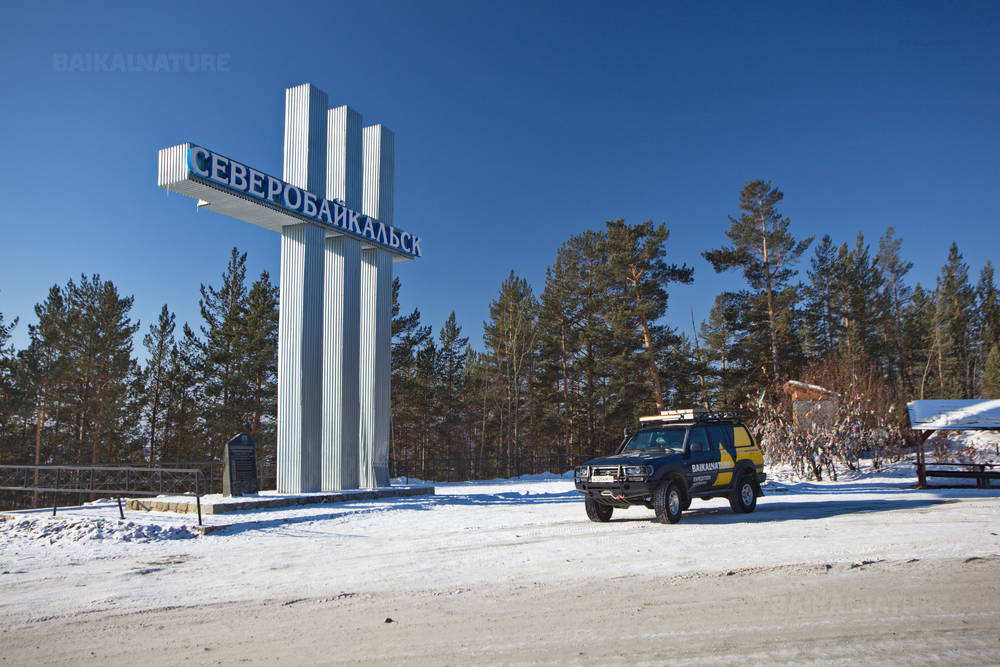 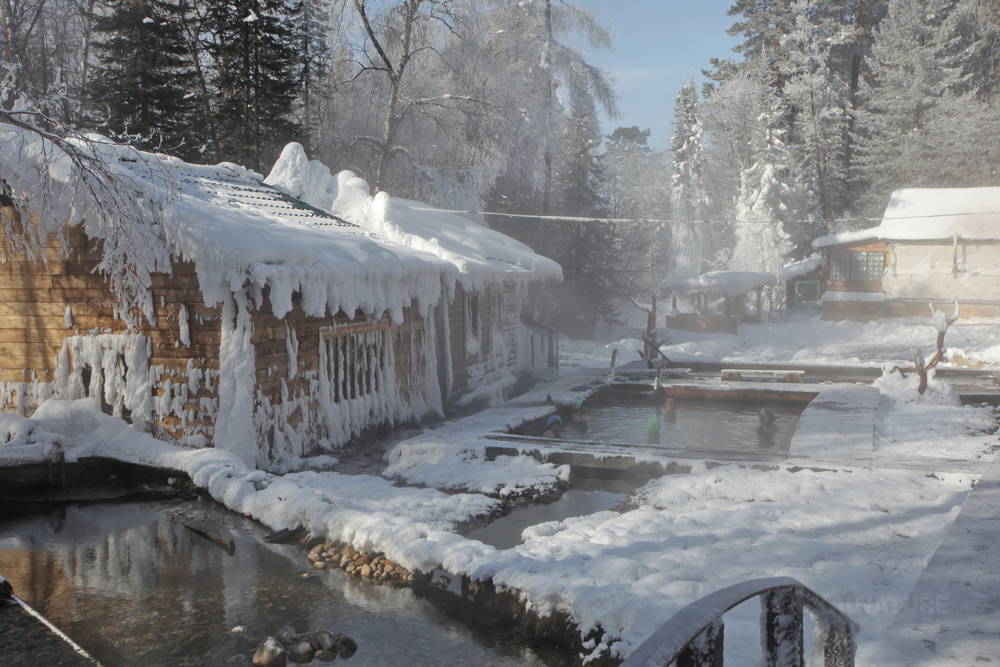 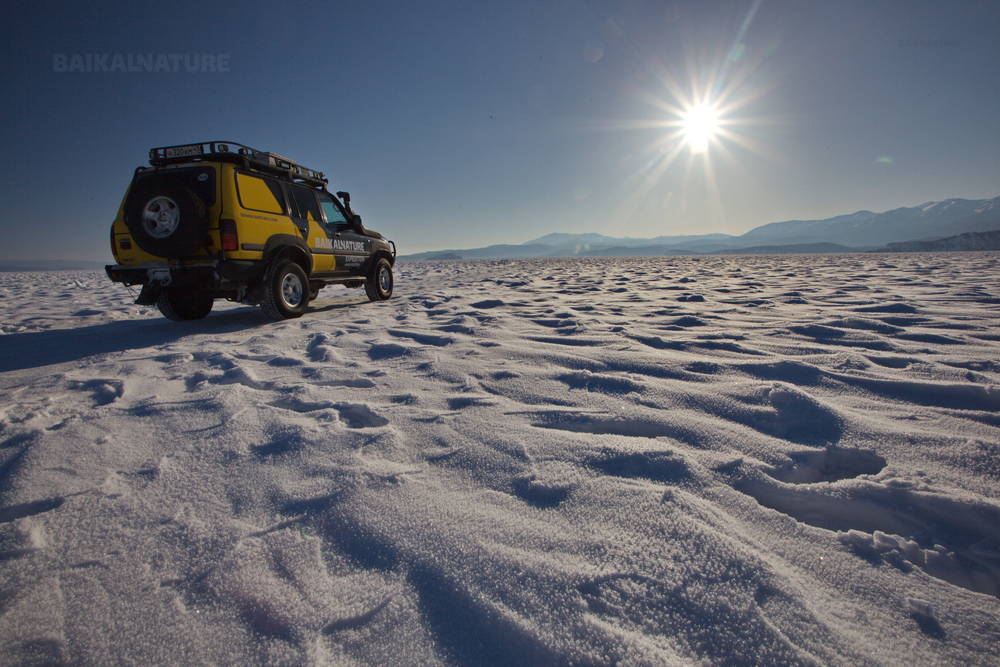 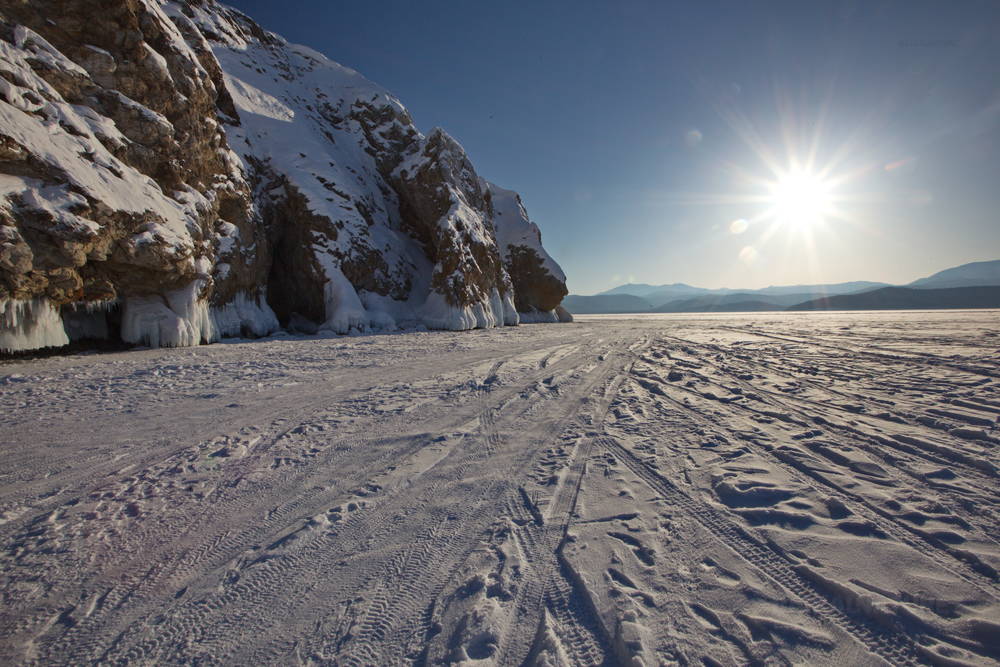 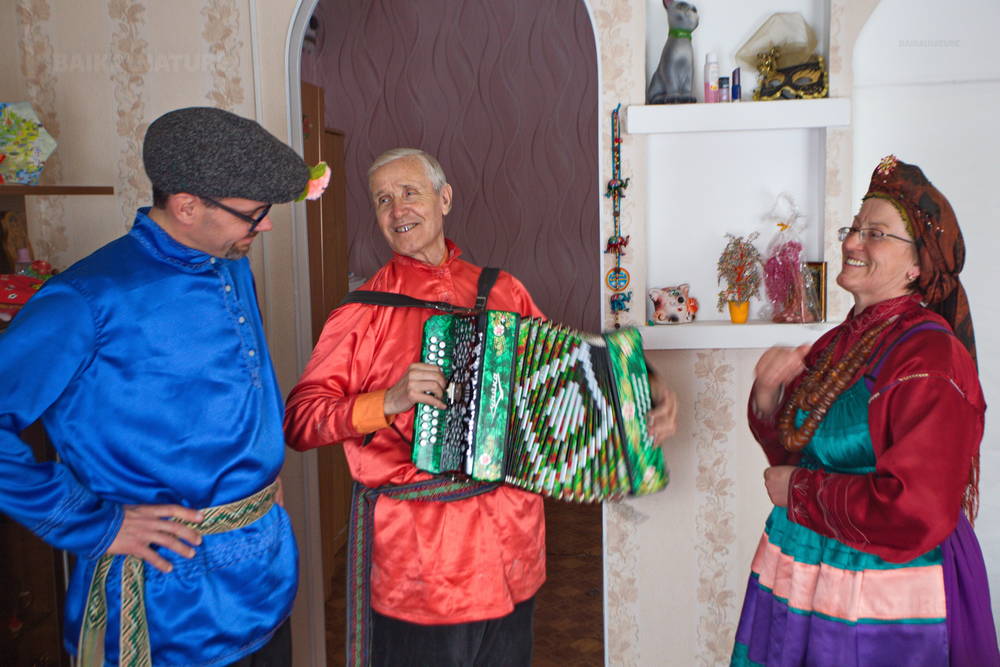 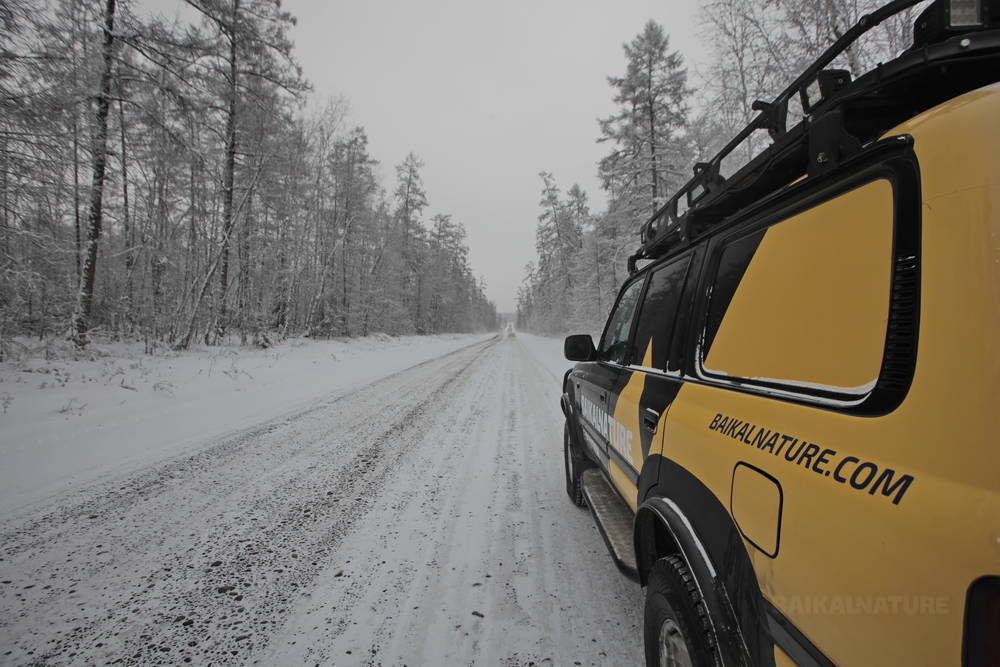 The price is given for a group of 4 persons. If there less persons, the price can be modified. The price given is for a group of 2 people (for one car). Total number of vehicles: 1 to 4. The eals are included in the price of the program: breakfasts for days 2-4, 7-8, 10-12; lunches for days 3,7,10; dinners for days 5-11. The access to the hot springs in Goudzhekit is to pay on the spot (around 200 rubles per person).

From 3 March 2017 to 12 March 2017
Destination: Lake Baikal
Tour: Around Baikal Winter Expedition
Would you like to travel with BaikalNature again? Yes!
This guest did not leave a comment.
No reviews anymore or no reviews at all for this tour. Below reviews for destination:
Lake Baikal
5.00
5.00
Total score
5.00
Work of BaikalNature office before and during travel / customer support
5.00
Quality of accommodation
5.00
Quality of transport / transfers
5.00
Quality of meals
5.00
Friendliness and professionalism of guides / management
5.00
Quality and originality of visits / attractions / events
Somruedee

From 26 February 2022 to 4 March 2022
Destination: Lake Baikal
Tour: Grand Crossing Of Lake Baikal 2023
Would you like to travel with BaikalNature again? Yes!
This guest did not leave a comment.
4.00
4.00
Total score
4.00
Work of BaikalNature office before and during travel / customer support
4.00
Quality of accommodation
4.00
Quality of transport / transfers
3.00
Quality of meals
4.00
Friendliness and professionalism of guides / management
5.00
Quality and originality of visits / attractions / events
Natasha

From 26 February 2022 to 5 March 2022
Destination: Lake Baikal
Custom tour: Lake Baikal Travel
Would you like to travel with BaikalNature again? Yes!
It was a fantastic tour. I really appreciate professionalism of Olga and our guide Aldar. Great job ! Thank so much!!!!! Baikal is amazing!
How does our reviews system work?