Russia is the biggest country in the world with a surface of 17 125 191 km². Each year, Russia welcomes around 30 million of foreign tourists and attracts more and more visitors thanks to its large open spaces, its cultural diversity, its unique History, its records and wild environment.

In 2017, the travel agency BaikalNature has decided to give tourists a new opportunity to see Russia from another angle, launching a new expedition-tour “Moscow-Magadan”. The whole trip will be made in off-road vehicles.

This expedition will really lead you through the whole Russian territory. We will depart from Moscow to Magadan, for a 26-day adventure of 11 000 km, crossing nine time-zones. You will be able to experiment how this vast country changes from west to east: you will see the golden domes of the Kremlin and the huge buildings turn into small churches and wooden houses, a modern society at the cutting edge of innovation come back to its traditional roots and nature… The cities will be more and more far from one another to provide room for small villages and forests, while the internet and mobile connection will go more and more rare.

All along the road, we will spend night in hotels, inns and under the tent. This is what makes the whole spirit of this adventure where “flexibility” is the key word: everybody does as he or she wants (hotel or tent, meals or not). If you choose a night under the tent, the organizers will provide the necessary equipment: tents, mattresses, first-aid kit, kitchen tools, camping stove, etc… But in all cases, we will spend some nights on the shores of lakes and rivers where you can enjoy the beautiful scenery. We will also live according to the rhythm of the lively villages to the abandoned ones, a tour within the “real” Russia, a long immersion where men and equipments undergo the long distance. As long as the distance is concerned, our vehicles are the famous Land Cruiser from Toyota, and every one of them is equipped with a camera which will enable you to download the images on your computer or hard drive at the end of the day! Concerning the program itself, we will visit Russia’s capital city ; the Golden Ring ; the Ural – natural border between Europe and Asia ; Siberia with the Baikal, deepest lake in the world ; Yakutia ; the Pole of Cold Oymyakon ; ghost towns  and ruins from the Gulags.     We will visit each city. Our expedition will go through the most popular rivers in Russia: Volga, Ob, Yenissei, Angara, Lena, Aldan, and Indigirka. But also, we will move across the famous mountains: The Ural Chain, the biggest mountain chains in Siberia and of the Okhotsk Sea. Finally, we will drive on the most well-known roads of the country: Amour (M-7, M-51, M-55), Lena (M-56) and Kolyma. The Lena highway (M56) is located on a territory stroke by the permafrost (soils are frozen permanently). The asphalt is only present on a small part of the road, in Tynda, Neryungri and Aldan. In some areas, there is no road surface and when the snow melts, or in case of heavy rain, it becomes difficult, even sometimes impossible to go around. That is why it was declared the most dangerous road in the world in 2006.   The Kolyma highway links Yakutsk and Magadan (after that there is no road left, only the Kamtchatka region). We are going to the world’s end and the length of this part of the road is 2032 km long. Its nickname “The Road of Bones », comes from the time of its construction under Stalin’s dictatorship by the prisoners exploited by the Far-Eastern Russian mining operators. The entire process was made in awful working and living conditions, in the cold, while working hard and under the sadistic temper of the guards of this terrible enslavement working system. Needless to say that the mortality rate was very high and digging tombs was too hard for the already abused and tired prisoners who had to bury their fallen comrades under the same road they were trying to build. According to the legend, they actually became a part of the road themselves and the Kolyma became a mass grave for thousands of people, which inspired this terrible and mournful name…

The expedition route is already known but can also change (which is the spirit of an expedition) according to the weather, the state of the road or any unforeseen events and cases of force majeure. The flexibility of the trip makes it strength, as it is a real expedition. Regarding the nights under the tent, they are a reflection of the casual everyday life while camping, that is to say sharing the different tasks between the members of the expedition and participate to the proper upkeep of the camp (assembling/disassembling…).

NB: This tour has no fixed group departure date. The price is available upon request. 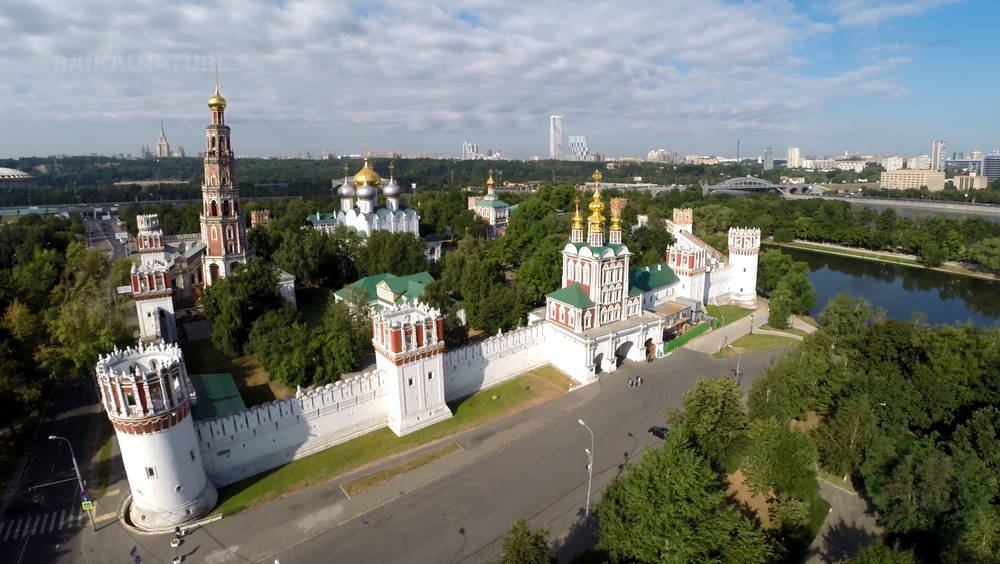 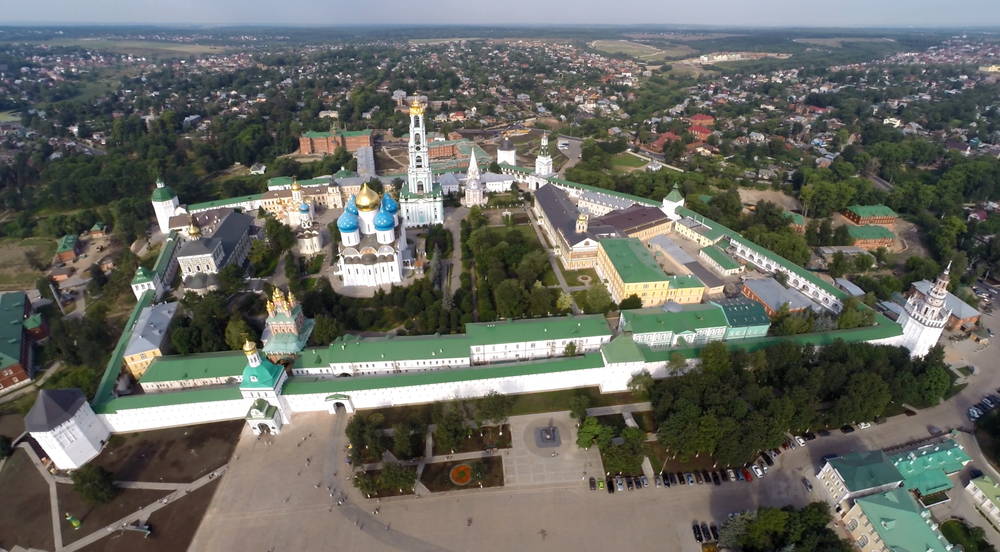 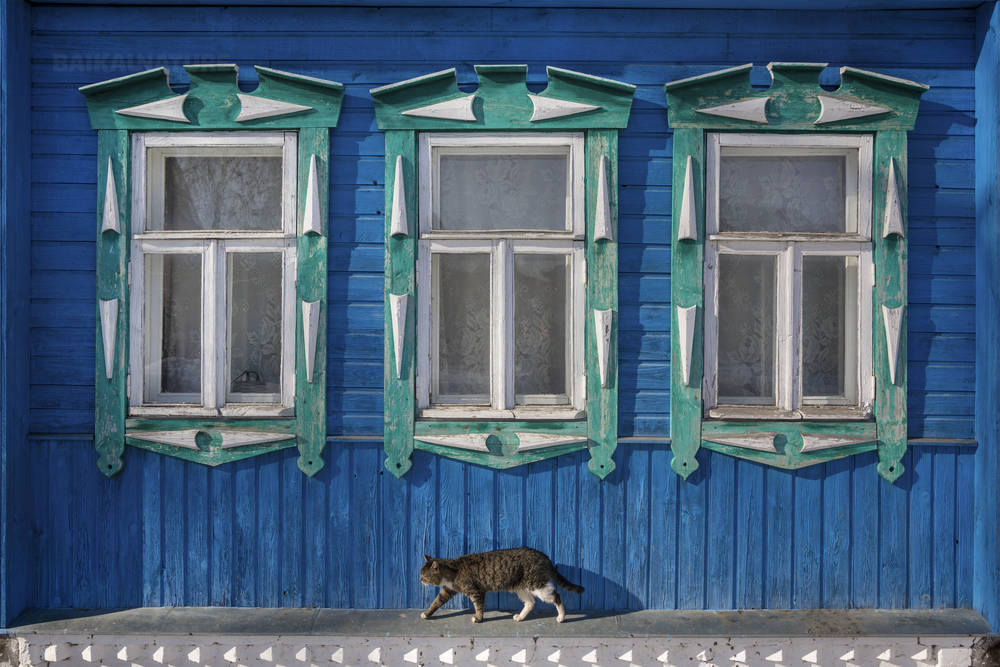 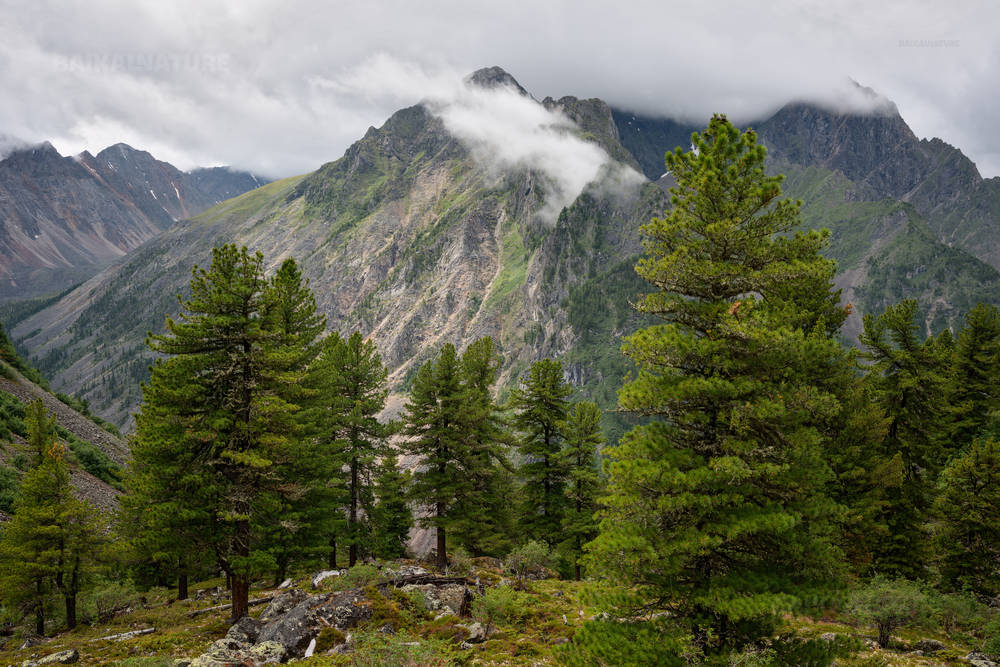 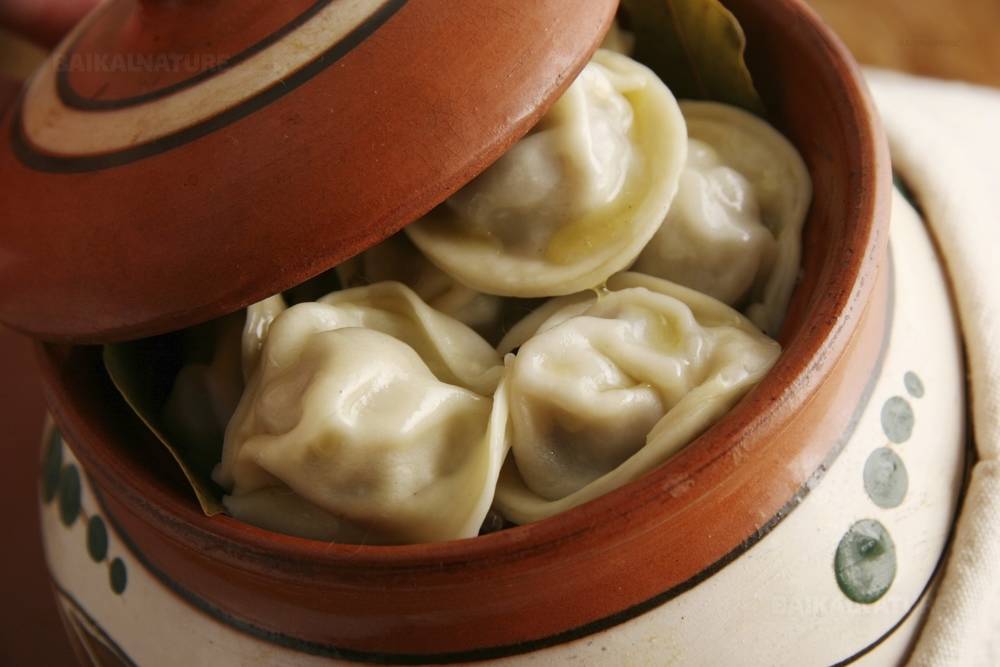 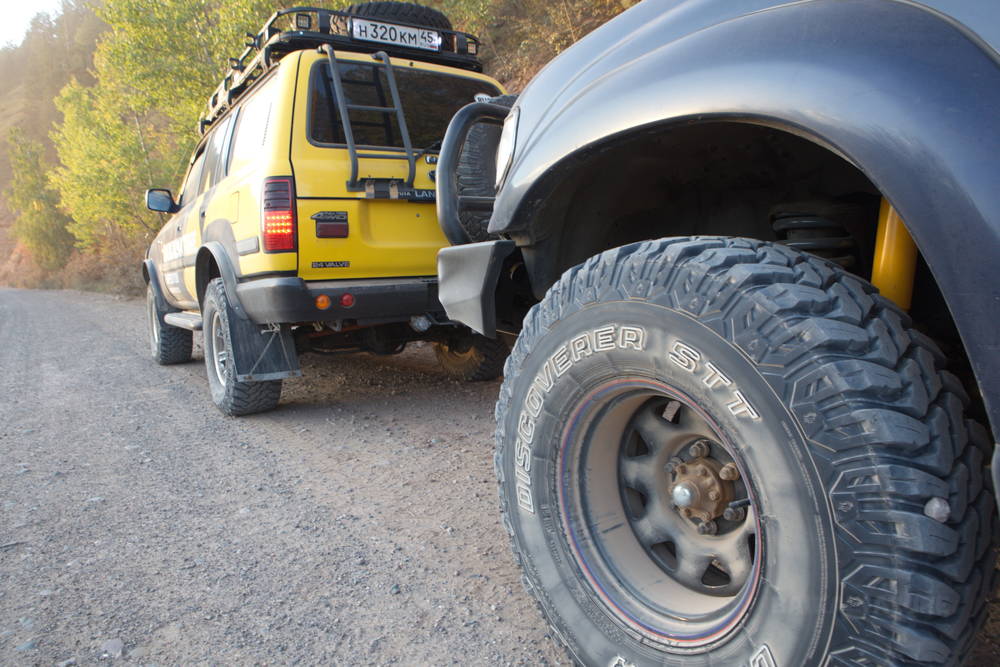 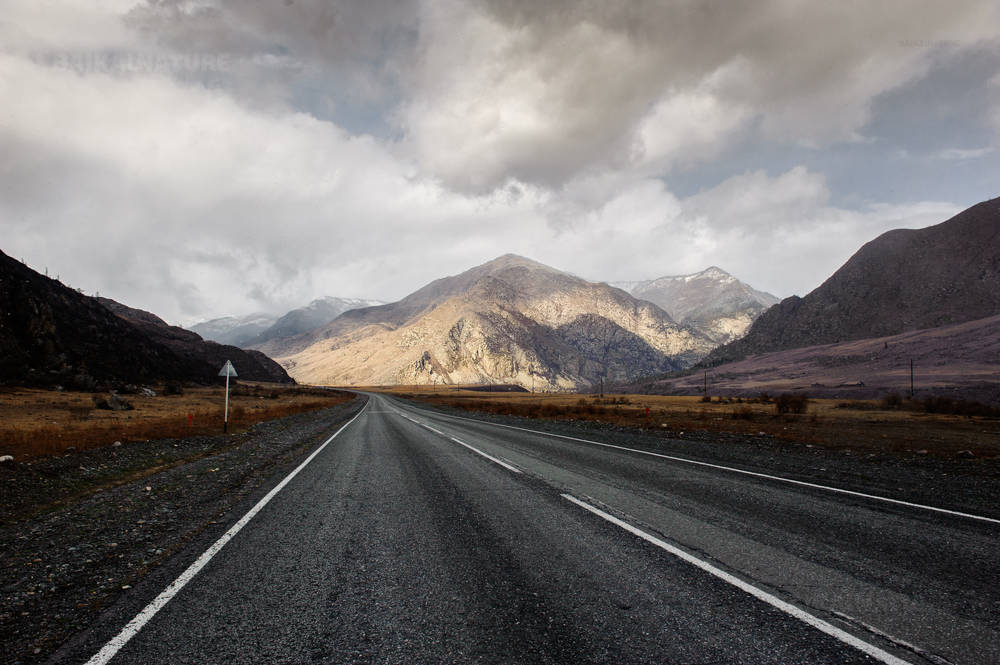 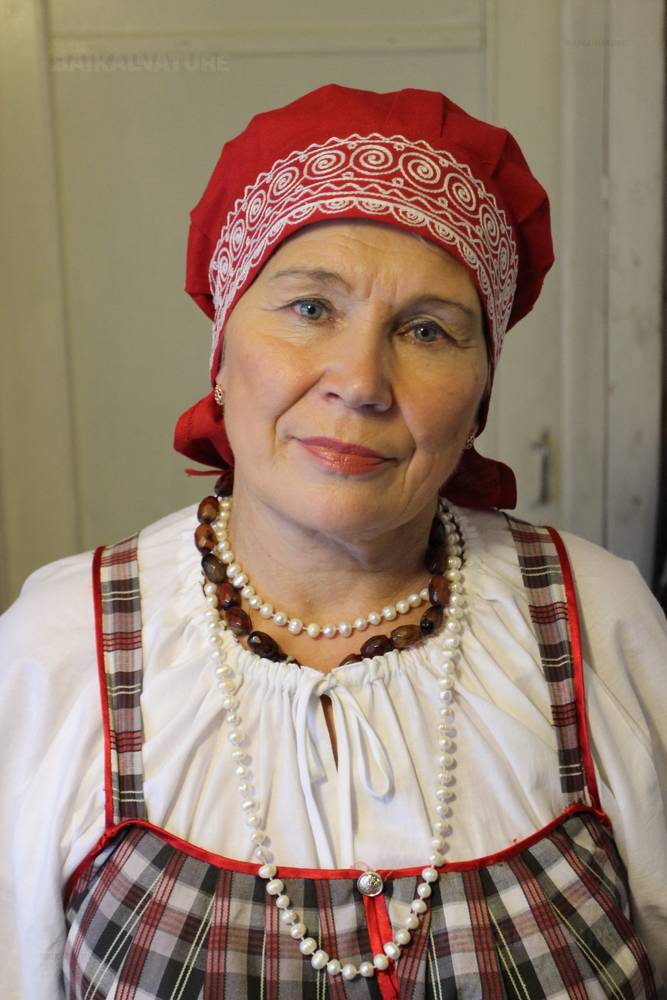 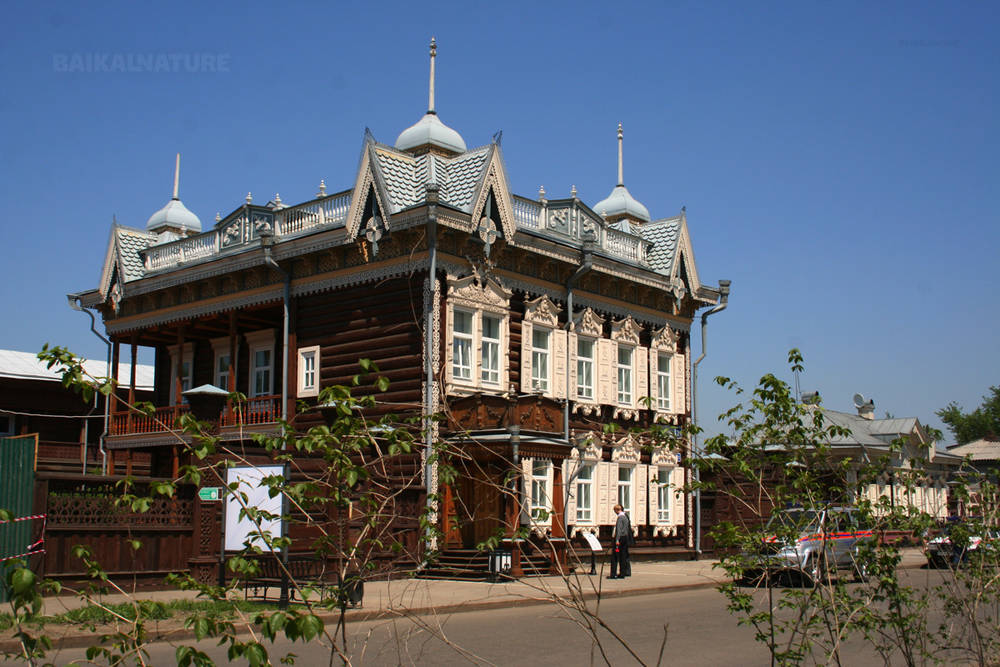 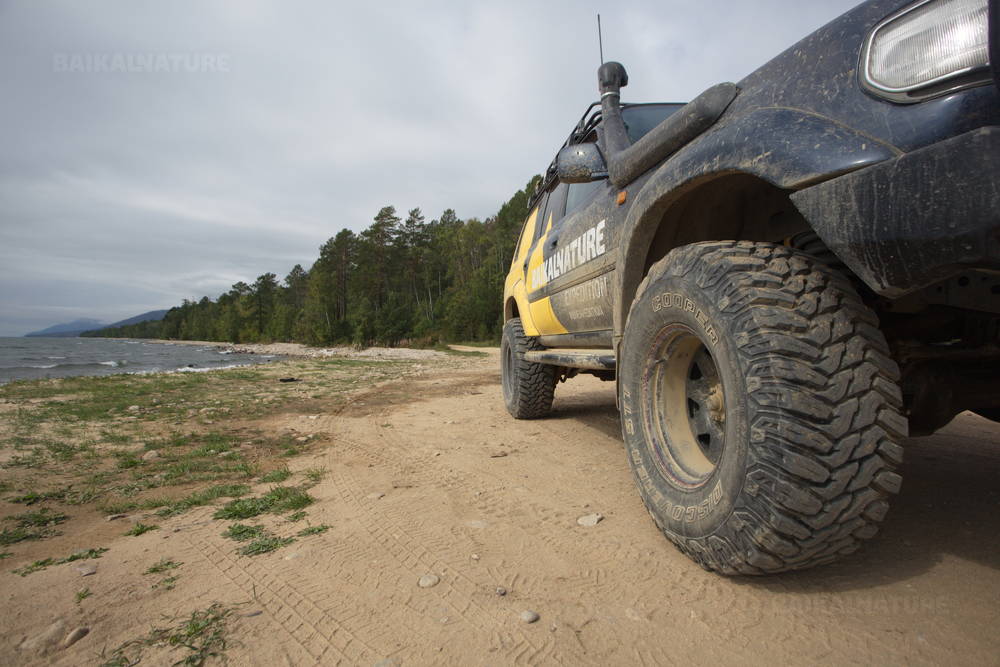 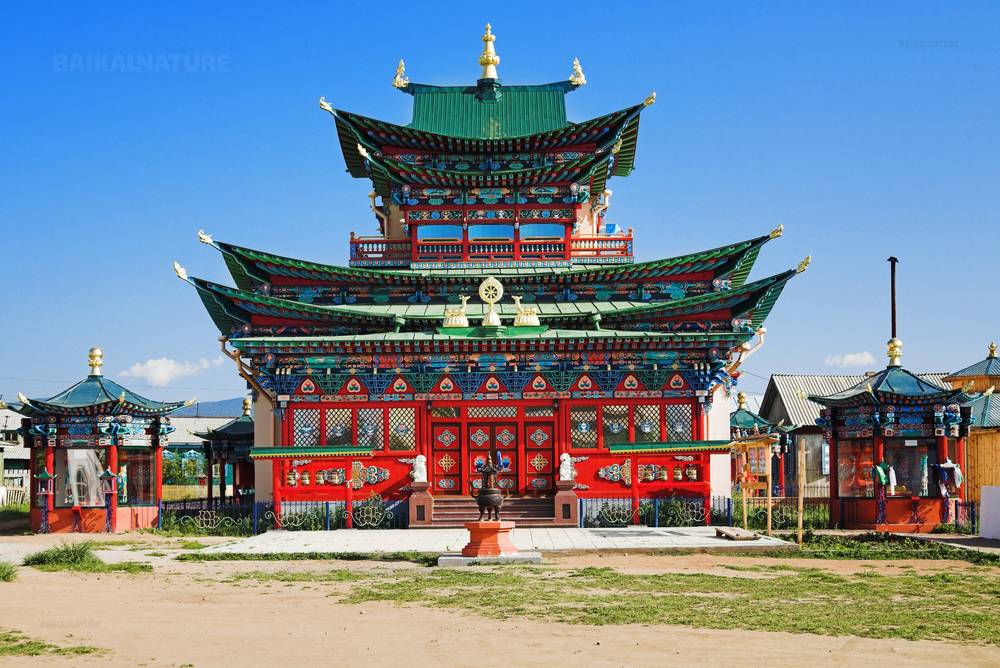 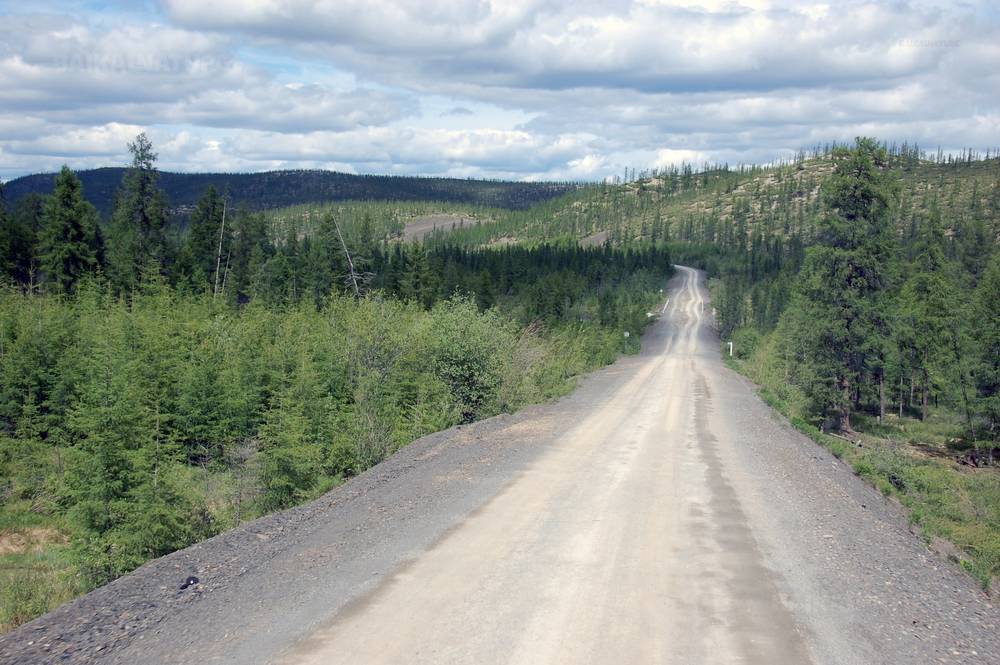 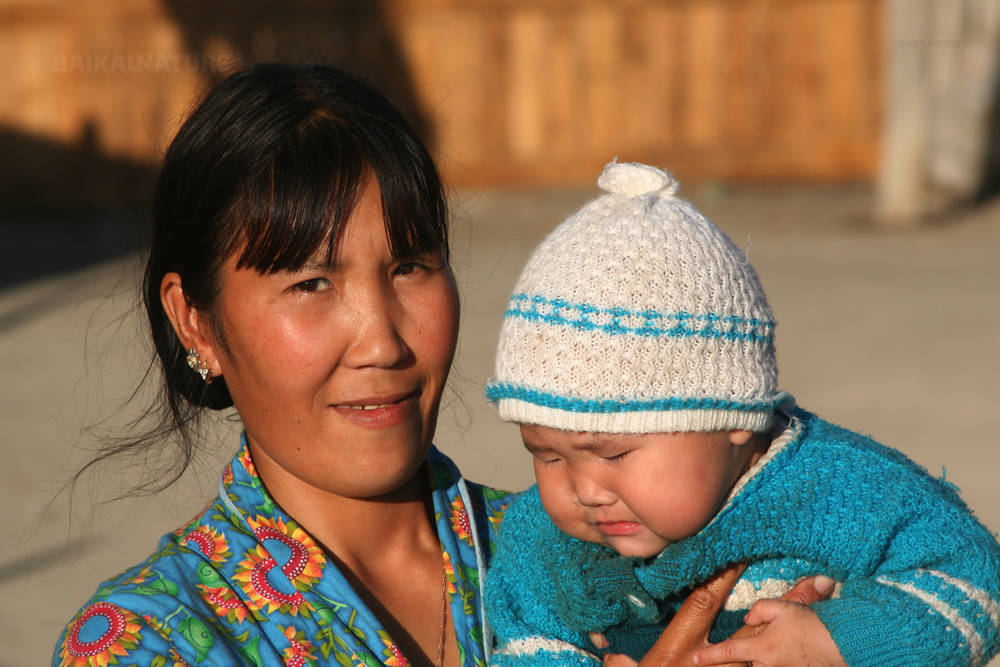 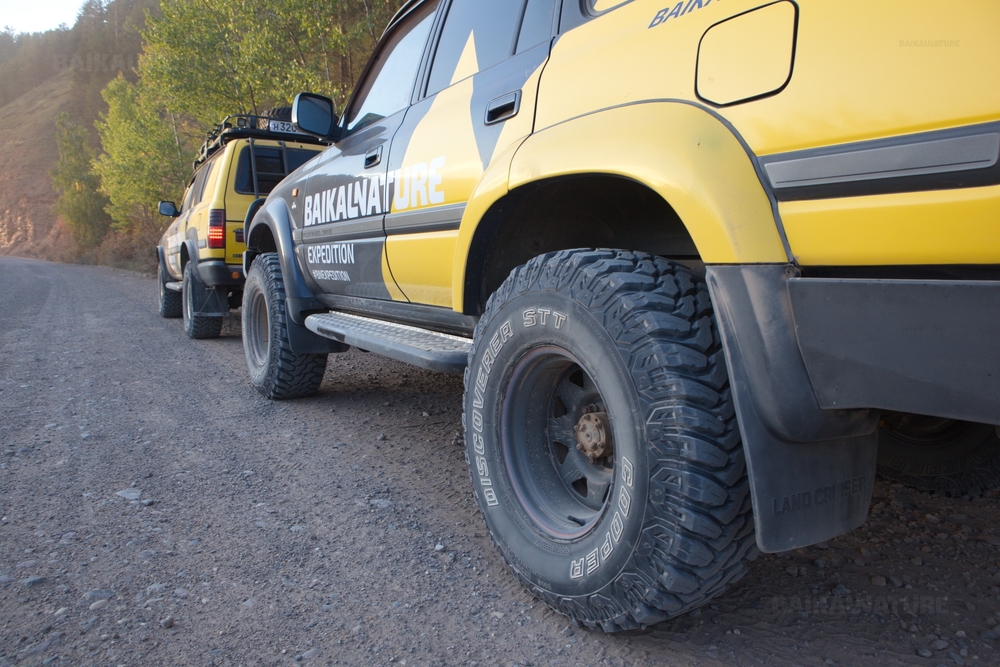 Route
Yakutsk
Photo of the day 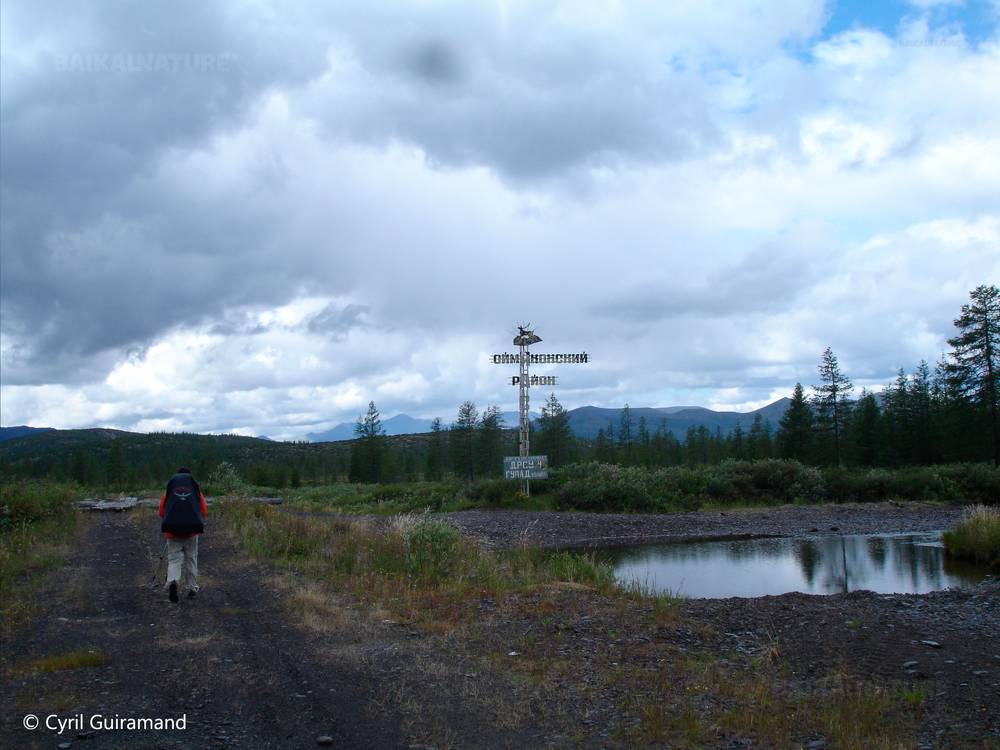 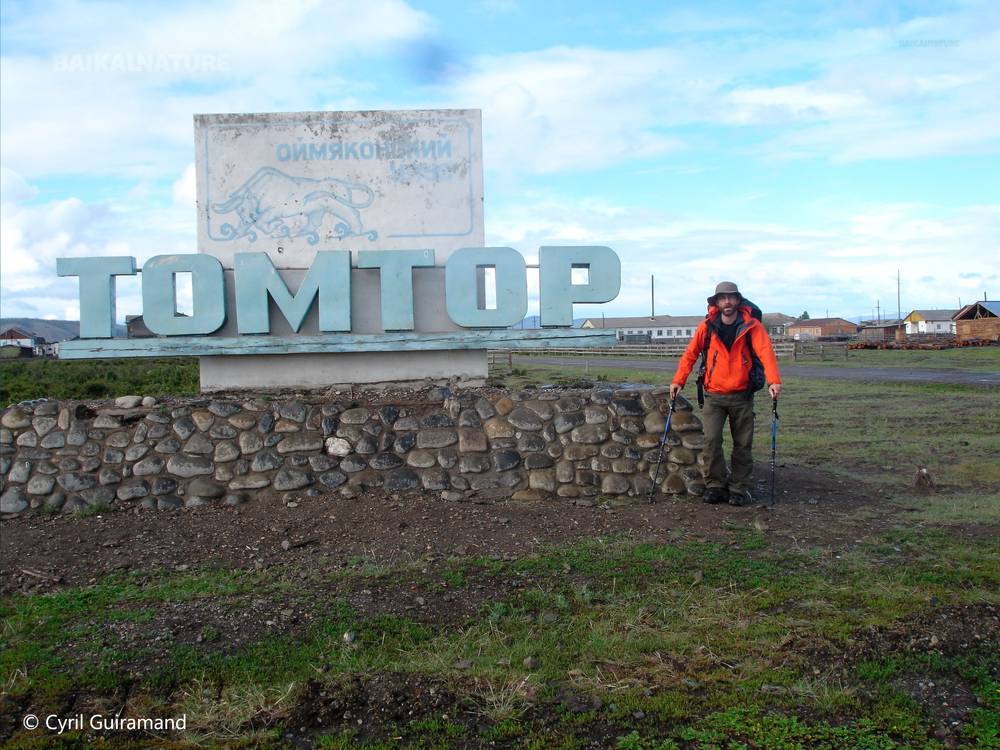 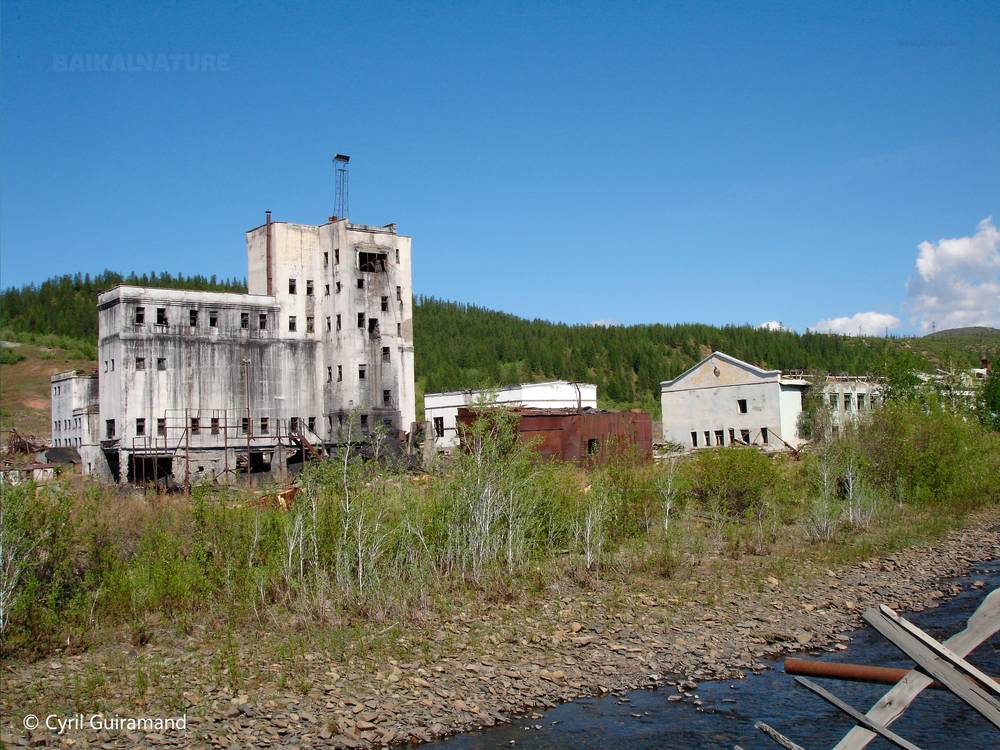 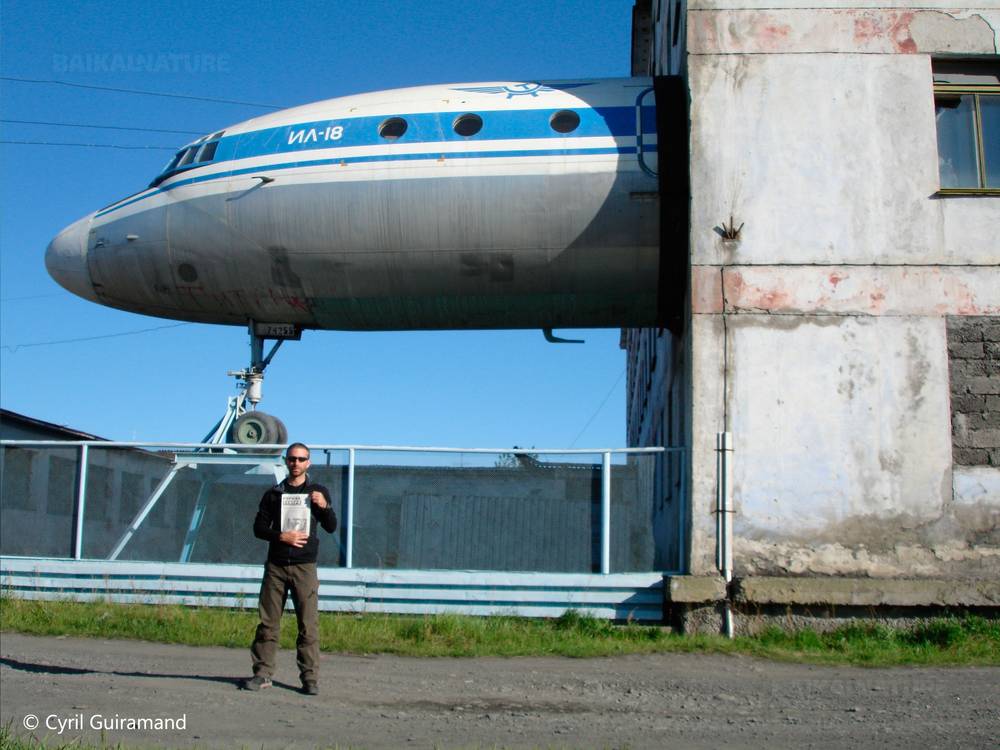 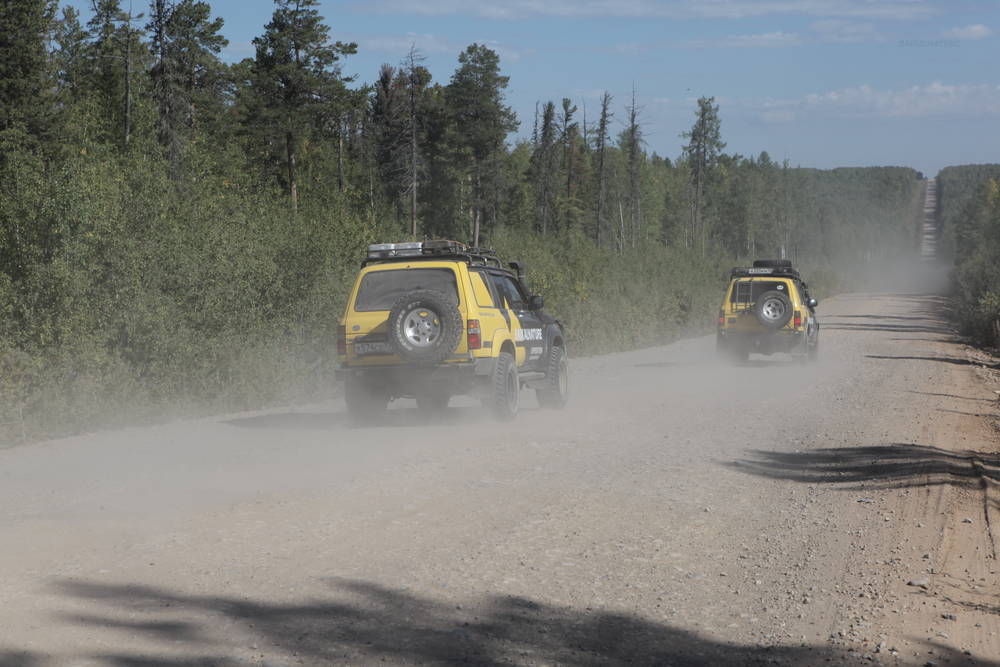 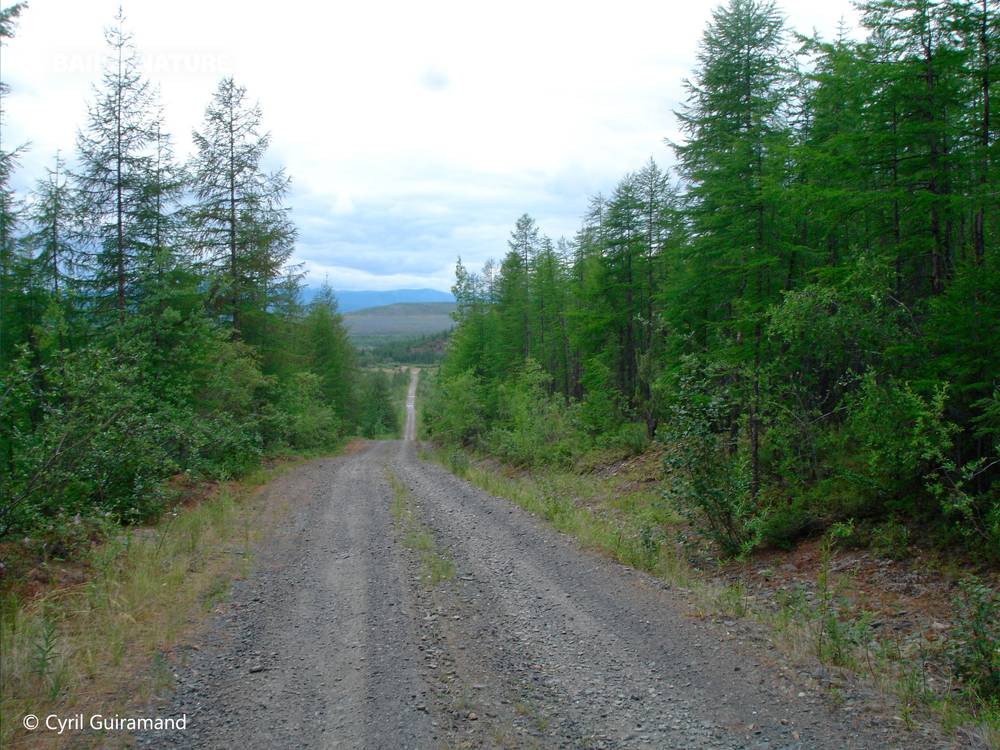 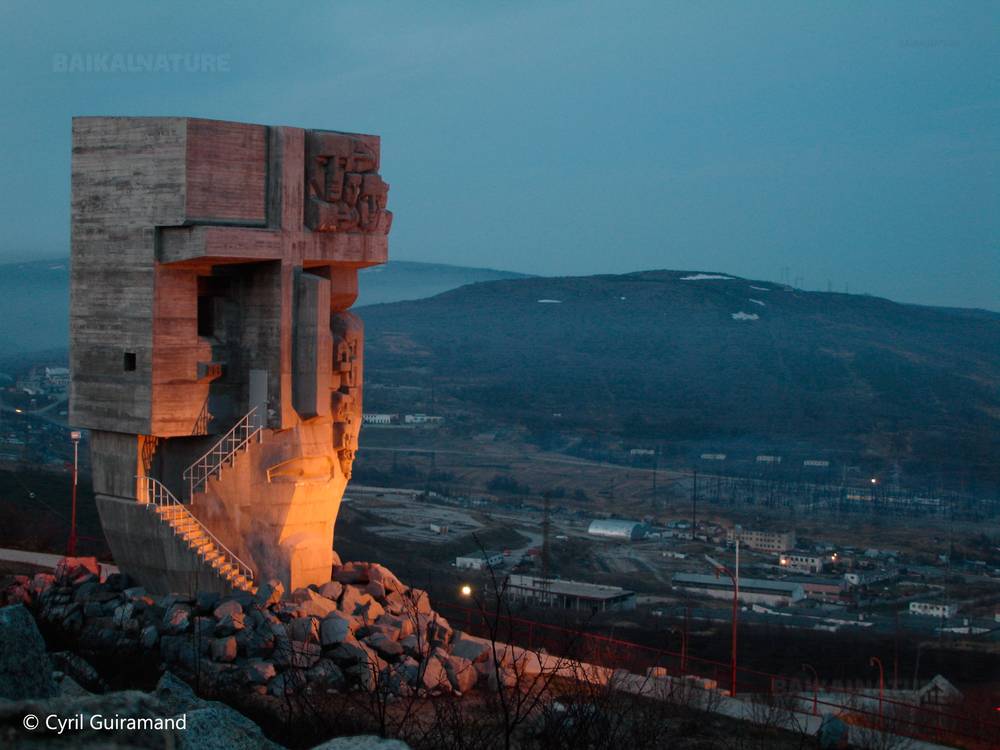 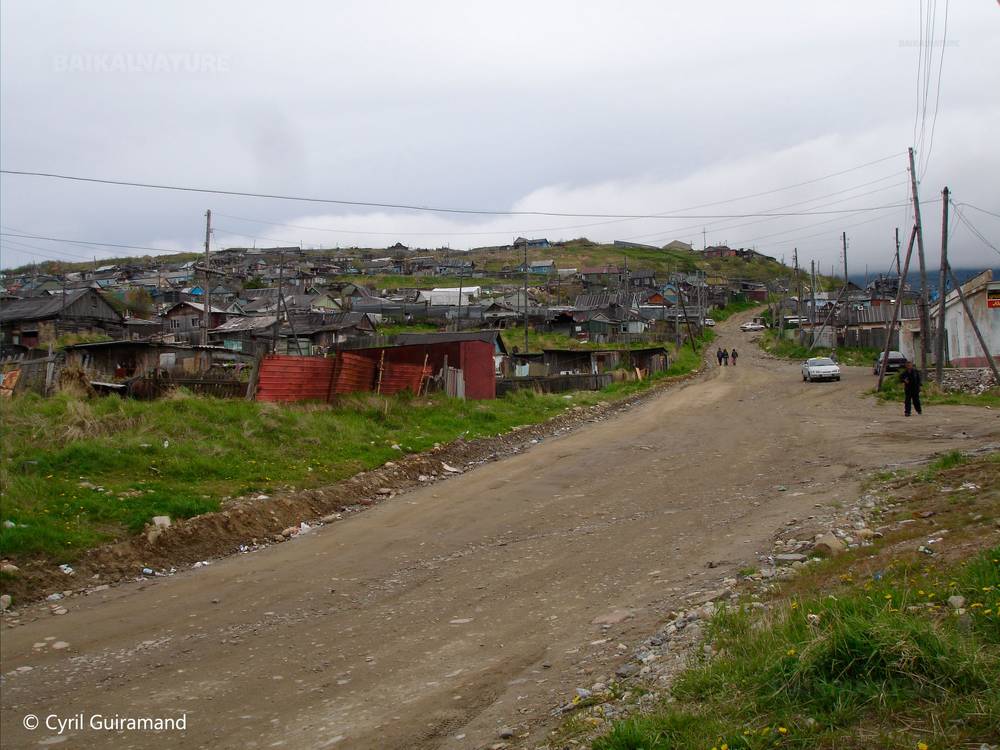 The price given is for a group of 3 people (for one car) Total number of vehicles: 2 to 4. If there are less than 3 persons in the car, the price of the expedition will be recalculated. The accommodation in a hotel room is booked for the following cities: Moscow, Suzdal, Kazan, Yekaterinburg, Omsk, Novosibirsk, Krasnoyarsk, Irkutsk, Ulan-Ude, Yakutsk (2 nights), Magadan. For the other nights, the accommodation will be negotiated between the members of the group, either under the tent (no extra charges), either in a hotel along the road (extra charges on spot). Meals included: breakfasts in the hotels (see the involved cities above), diners for the first (Moscow) and the last day (Magadan). All the other meals will be negotiated with the group members once on spot (additional charges). The itinerary of the expedition can be changed according to the road or weather conditions as well as unforeseen events.

Reviews
No reviews anymore or no reviews at all for this tour. Below reviews for destination:
Lake Baikal, Moscow, Yakutia
5.00
5.00
Total score
5.00
Work of BaikalNature office before and during travel / customer support
5.00
Quality of accommodation
5.00
Quality of transport / transfers
5.00
Quality of meals
5.00
Friendliness and professionalism of guides / management
5.00
Quality and originality of visits / attractions / events
Somruedee

From 26 February 2022 to 4 March 2022
Destination: Lake Baikal
Tour: Grand Crossing Of Lake Baikal 2023
Would you like to travel with BaikalNature again? Yes!
This guest did not leave a comment.
4.00
4.00
Total score
4.00
Work of BaikalNature office before and during travel / customer support
4.00
Quality of accommodation
4.00
Quality of transport / transfers
3.00
Quality of meals
4.00
Friendliness and professionalism of guides / management
5.00
Quality and originality of visits / attractions / events
Natasha

From 26 February 2022 to 5 March 2022
Destination: Lake Baikal
Custom tour: Lake Baikal Travel
Would you like to travel with BaikalNature again? Yes!
It was a fantastic tour. I really appreciate professionalism of Olga and our guide Aldar. Great job ! Thank so much!!!!! Baikal is amazing!
5.00
5.00
Total score
5.00
Work of BaikalNature office before and during travel / customer support
5.00
Quality of accommodation
5.00
Quality of transport / transfers
5.00
Quality of meals
5.00
Friendliness and professionalism of guides / management
5.00
Quality and originality of visits / attractions / events
Larry

From 1 November 2022 to 7 November 2022
Destination: Lake Baikal
Custom tour: Lake Baikal Trip
Would you like to travel with BaikalNature again? Yes!
Baikal Nature Tour was wonderful. Everything was on time. Everything met or exceeded my expectations. Also, they were very responsive, understanding, and accommodating for my special circumstances wherein I was working a trip to the lake into an existing business trip.
4.80
4.80
Total score
—
Work of BaikalNature office before and during travel / customer support
5.00
Quality of accommodation
5.00
Quality of transport / transfers
5.00
Quality of meals
4.00
Friendliness and professionalism of guides / management
5.00
Quality and originality of visits / attractions / events
Anicée

From 13 February 2022 to 19 February 2022
Destination: Lake Baikal
Custom tour: Voyage au lac Baïkal
Would you like to travel with BaikalNature again? Yes!
This guest did not leave a comment.
How does our reviews system work?